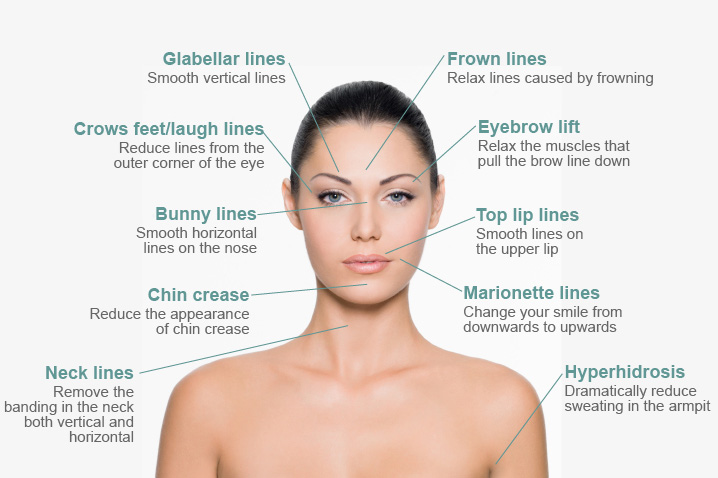 BOTOX® is a Prescription Medicine containing 100 units of botulinum toxin type A for injection. It is used for the treatment of frown lines, forehead lines and crow’s feet. It should be administered only by trained medical professionals.

Botox Injections are a natural, purified protein that relaxes wrinkle-causing muscles, creating a smoothed and improved appearance. Botulinum Type A Neurotoxin (Botox®) is produced by the bacterium Clostridium Botulinum. It was first used in humans for the treatment of strabismus (“crossed-eyes”) in 1978. It is now used to treat a number of medical conditions including cerebral palsy, migraine, excessive sweating, back and facial spasms as well as the treatment of facial wrinkles.

Botox® is very well tolerated and is a natural, purified protein derived in a controlled fashion from bacteria like other agents, such as penicillin. Botox® is the only medical product of its type with more than twenty years of safe usage involving millions of patients worldwide, comprehensive clinical trials, published studies and extensive clinical practice. Botox® is one of the most widely researched medicines in the world with twenty approved indications in more than seventy five countries.

Botulinum (Botox®) works by blocking the impulses from the nerves that control muscle movement. When injected into muscle tissue, a muscle relaxation results after about three days such that the muscles cannot contract. This creates a smooth rejuvenated appearance of the overlying skin that can last anywhere from three to eight months. When used for the treatment of dynamic facial lines (also known as upper facial rhytides), the effect typically last for about ten to twelve weeks.

Botulinum injections are used cosmetically for the treatment of facial lines and wrinkles which are caused by excessive movement of the underlying muscles. Lines and wrinkles from sagging skin will not be improved by treatment with Botulinum (Botox®). The most commonly treated areas include:

In these areas, excessive contraction of the muscles below the skin cause it to wrinkle and eventually “crease”. The facial expressions caused by these particular muscle actions are generally undesirable. “Crease” lines on the skin that do not disappear when stretched out will be improved, but not completely removed by Botulinum injections and may need treatment by other methods such as dermal fillers.

Botulinum (Botox®) causes muscle relaxation of the injected muscles, which lasts from ten to twelve weeks. During that time, collagen remodelling repairs the damaged collagen beneath the wrinkle line and “fills in” those lines caused by the former movement of the now-paralysed muscle. This effect becomes more apparent with repeated injections and in many cases causes the lines to disappear over time.

This “filling in” effect accounts for some of the confusion surrounding how long Botox® actually “lasts”. Patients need to keep in mind that the goal is to minimise the appearance of lines caused by movement, not to have a “frozen face” or to keep the injected muscles paralysed.

Experience with thousands of patients has shown that the vast majority using Botulinum injections on a regular basis will only need treatments two or three times a year to maintain the improvement.

Small quantities of Botox® are injected into the muscle to be treated using a very fine needle. Several tiny injections, approximately five to ten per area, are made. The discomfort is minimal and no anaesthetic is required.

Botox® injections are a simple procedure lasting ten to thirty minutes. As there is no downtime, patients can resume normal activity the same day.

Botox® injections are safe and effective with the vast majority of patients experiencing no complications. It is not absorbed by the blood stream and only affects the muscles injected. Botox® is totally eliminated from the muscle in a few days but the machinery required for the nerve impulse to travel to the muscle is disabled for three to four months.

No serious or long term health hazards have been attributed to the use of Botox®, even after years of use and millions of injections. However, some mild transient side effects can occur including:

Mild swelling or redness at the injection site which will settle within a few hours.

Bruising at the injection site can occur but is not common. This can be avoided by the application of ice packs prior to the injection and by carefully inspecting the area to be injected for blood vessels. The bruising settles in two to six days and can be covered with makeup. Smile lines are an area typically affected by bruising.

Occasionally, the injected muscles will not be weakened enough and touch up injections will be needed for correction after two weeks.

Drooping of the upper eyelid, which can last up to three weeks, is rare. This may be treated with eye-drops until it resolves by itself, typically after a few days.

Drooping of the forehead can occur if too much Botox® is put in this area.

Consultations with Kelly (Registered Nurse) are complimentary. During your consultation we can advise you of which product will be most suited to your needs.

Xeomin® is a prescription medicine that is injected into muscles and used to improve the look of moderate to severe frown lines between the eyebrows (glabellar lines) in adults for a short period of time (temporary).

Xeomin® is the purest form of the botulinum toxin type A brands. It has been used on more than 84,000 people worldwide. It is FDA approved and approved for use in 20 countries. It is “naked” – there are no additives. This can lessen the likelihood of clients developing antibodies to Xeomin®. When your body senses a foreign invader, it responds by creating antibodies and launching an attack. If this was to occur with a neurotoxin such as botulinum toxin type A, it may not have its desired effects.

Xeomin® is a Prescription Medicine containing 50, 100 LD50 Units of clostridium botulinum Type A toxin complex for injection. It is used for the treatment of frown lines on the forehead in adults. It should be administered only by trained medical professionals. Talk to your specialist about the benefits/risks of this procedure in appearance medicine. Xeomin treatment lasts about four months and further courses of treatment may be necessary.

Consultations with Kelly (Registered Nurse) are complimentary. During your consultation we can advise you of which product will be most suited to your needs. 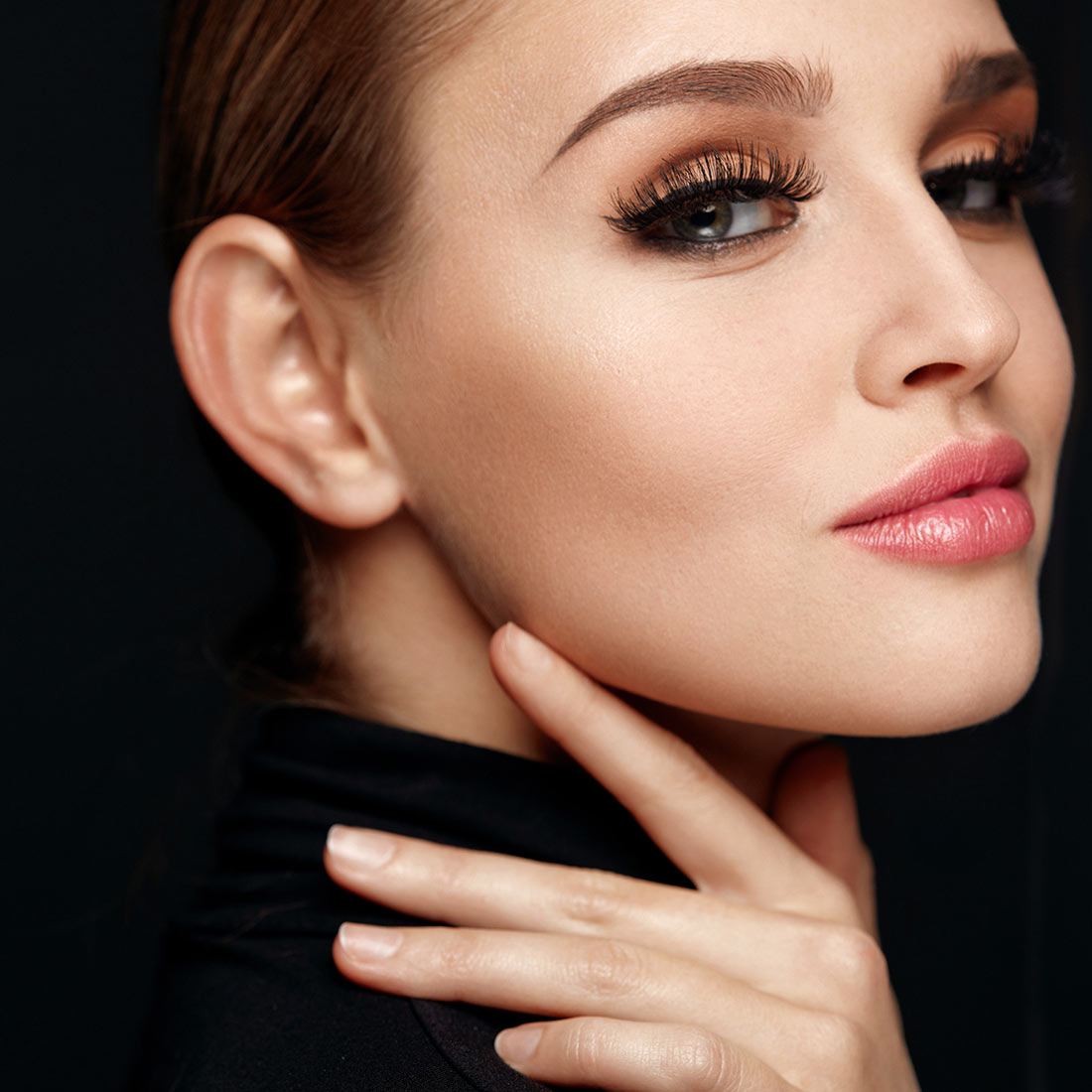